In its 3-year existence, JUMO has acquired 5 million customers, forged partnerships with some of the biggest telecoms companies and built a remarkable team. Most recently, JUMO announced they’d attracted Amazon EC2 founder and ex-VP Engineering at Twitter, Chris Pinkham, to their board of directors.

It’s been a bumper 2017 for JUMO – in addition to their fast-growth they are also one of the first African companies to be selected for Google’s Launchpad Accelerator.

Part of JUMO’s ‘secret sauce’ has been in the way they plan, work and execute. When you’re getting new people through the door weekly, you need to be speaking a work flow language everyone can understand. Agile frameworks have played a major role in how they scale productivity to meet the demands of product creation and growth, as well as optimising product fit for millions of customers.

Editor’s note: The principles of Agile are outlined in the Agile manifesto. 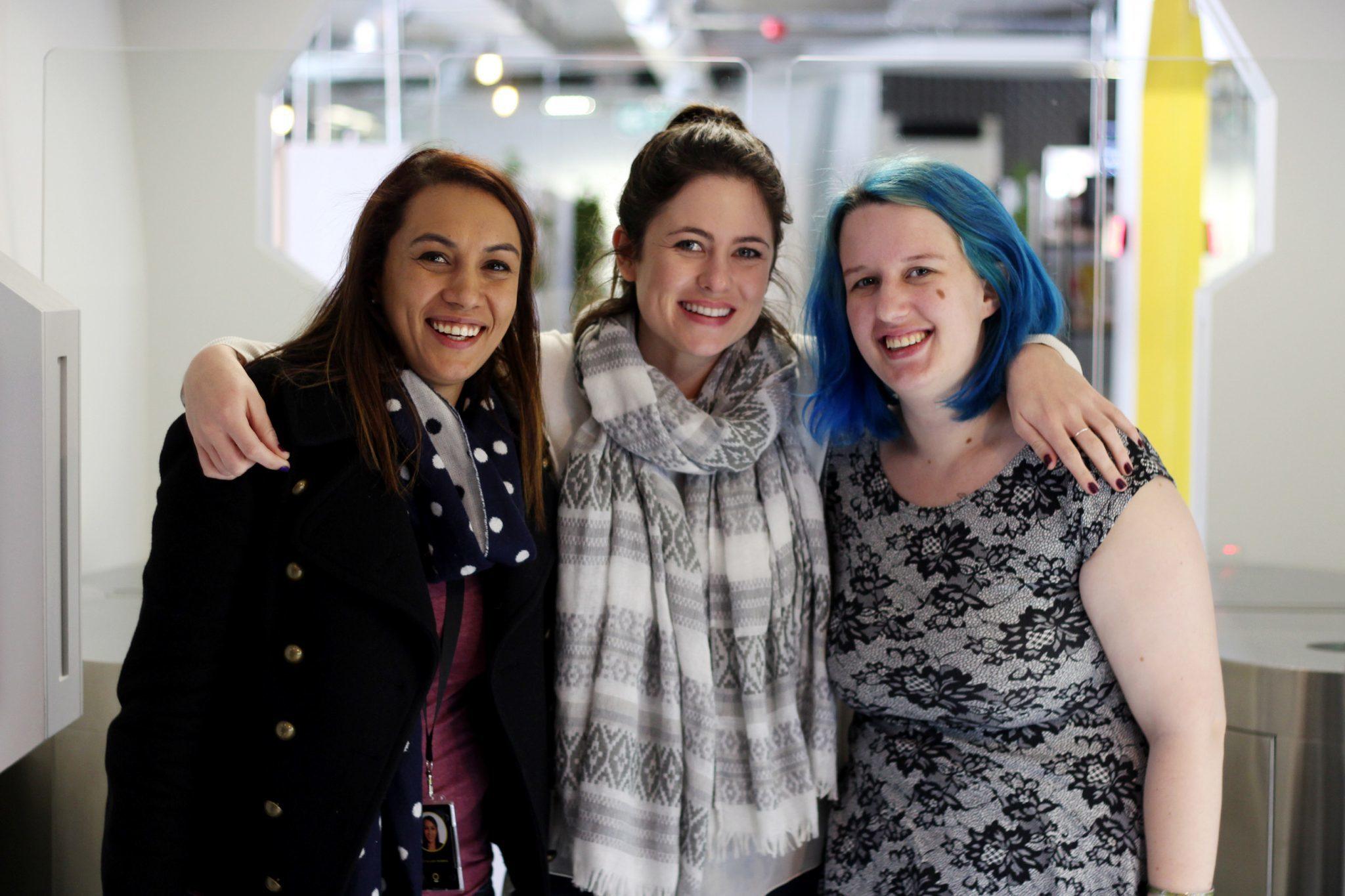 What’s the purpose of being Agile in the first place?

Jay-Allen: It’s about changing the way we think about work, focusing on collaboration and openness. If there is a problem we want to know ASAP so that it can be sorted out pronto and we can go back to working towards our goals. The old way of working meant we found out about issues too late in the day, or that what we were building was not the right thing. Agile also speaks to values that encourages constant feedback loops so we know if we are not building the right thing we can respond to change quickly.

Kirsten: In many ways, Agile is a response to working in complex environments, where we’re not always sure exactly what is needed nor how to build it. Agile frameworks facilitate responsiveness to change and working environments that people find meaningful and fulfilling. At the end of the day, Agility is about finding the best way to build products that delight customers.

Bee: I like to think of Agile as, simply, being realistic. It’s easy for companies to add processes that quickly turn into red tape, or to make plans that become irrelevant while people remain locked in to what they’re doing. At its core, Agile is about responding to a changing environment, and putting people first. If you’re putting so much effort into hiring good people, you should make sure they’re being allowed to do their job to the best of their ability.

At JUMO, Agile is not limited to engineering teams. Can you give an overview of how it works for teams beyond software development?

Jay-Allen: I think it’s important for us to be involved in the business outside of our teams. We have done some work around creating a communication link between business and teams so we can bridge that gap. It’s not just about living Agile values in the team but how they share that with everyone. So, we do things like lift offs and demos to encourage openness.

Kirsten: In teams across the business we are borrowing tools and elements from some of the Agile frameworks. For example, the Integrations team wanted to improve their internal communication so we have stand ups every morning to align and reconnect. Another example is in the data teams – one of the Scrum pillars is “Empiricism: Inspection, Adaption and Transparency” and this is what we are trying to do with the data teams: rather than implementing a full-scale scrum implementation, we are meeting at a regular cadence to reflect and find one thing we can do better going forward. We host Lean Coffee (an Agile facilitation technique) once a month to create opportunities for people to connect across departments and collaborate around topics that are important to them.

Bee: The principles of Agile and scrum can be applied to any working environment, and teams – or even individuals – can benefit from using pieces of them. A lot of our teams do daily stand ups, which allow them to co-ordinate what they’re working on and which areas may need extra attention. Having a visible board (Kanban) that contains the work that is done, in progress and upcoming allows other people to easily see what a team is working on and where their request is, and what it’s prioritised against. On a personal level, limiting your “work in progress” – the number of items you’re multitasking – can help you streamline your work.

JUMO has doubled in staff in the last year. How do you embed Agile into company culture in a high-growth environment?

Jay-Allen: Showing everyone how awesome Agile can be by modelling the behaviour you want to see. Showing them how awesome being vulnerable or brave is. Living the Agile values and not just talking about it. We try to spread Agile in an organic way and I think that is something we are very conscious of. I don’t think we want Agile to be forced but rather something people love to love. Lean Coffee is one of my favourite sessions because it always brings people together in an agenda-less meeting format. Recently, we’ve opened it up to let people talk about anything they want which has been great in increasing understanding across the various business units.

Kirsten: Whenever we have a new starter in Engineering we take them for coffee to gauge their Agile experience and what their current level of understanding is. We do a brief description of the scrum framework and then let them loose in their team. We find that because we work in relatively self-organising teams, the teams take responsibility for the onboarding of new members, and information flows organically.

In the greater organisation we have 3 primary initiatives:

Bee: I think an important feature of embedding Agile into company culture is strong and genuine buy-in from the top. We’ve had huge support, not just in terms of verbal approval and encouragement, but in terms of trying to structure the company in an Agile way, in terms of changing or removing processes that are contrary to Agile.

How do you measure the effectiveness of Agile teams?

Jay-Allen: In the simplest form, we could say if teams deliver the work they committed to they’re being “Agile”, but for me it’s more than that. When I see team members openly volunteer to help each other when they are stuck, when I see them say, “I messed up can someone help me fix this”, when they say “I don’t know”, or when they hold each other accountable is when I think they are being Agile because they are living the values.

Kirsten: Agile is an attempt to make businesses more effective, so I would argue that many of the metrics one would use to measure the efficiency of a team and business could be applied to Agile teams. For example, the ability to respond to change and incorporate feedback early on and frequently means that product creation should be a much more effective process with resultant optimal market fit. Thus, metrics could pertain to the appropriateness of the product built. Core to Agile is the ability for teams to be self-organising. I think attempting to measure this is important as it touches on other aspects such as teams being given the authority to make decisions and influence their world.

What does your role entail daily and what is your favourite part of your job?

Jay-Allen: Every day is different. Being in team meetings is a very small part of what we do, what is great is unblocking our teams. We spend a lot of time ensuring that our teams are running well and efficiently and removing any blockers they know or don’t know they have. A large part of my job also involves facilitating other meetings around the business. I also love hosting Lean Coffee; it’s one of my favourite meetings.

Kirsten: A large portion of my day is taken up by preparing for sessions and then facilitating them. I once heard the advice from Growing Agile that a Scrum Master should facilitate every meeting. I have found that if sessions I run have different formats and fun activities, the effectiveness of them increases, so I spend a lot of my time planning different ways to run scrum ceremonies. I work closely with my teams’ Product Owner; we share stakeholder management activities and I help organise the backlog and coordinate stakeholder input. I spend a lot of my time connecting with my team, occasionally coaching them and ensuring that we are collaborating and becoming a stronger team over time. As mentioned, I run workshops and Lean Coffee for JUMO. I often find myself helping people from other areas in the business with facilitation.

Bee: Daily, there is a lot of variation in what I do compared to when I was a developer. I largely have to figure out my own tasks. Some days are hectic, facilitating large workshops or team meetings. Some days are full of meeting prep and scheduling. One of the things that is valuable is sitting with the team and just noticing how they’re working, what they’re getting frustrated with, what is going well. I’m still quite new to the Agile space so I spend a lot of time reading up about what people did elsewhere and what facilitation techniques have worked well.

What are some of the common myths around Agile?

Jay-Allen: Agile is easy. Agile makes us go faster. Agile means we can change our minds all the time any time. Agile is a silver bullet.

Kirsten: One that I hear often is, “Agile is against planning,” or, “Agile means one doesn’t have to plan”. The Agile manifesto says that responding to change is more important than strictly following a plan. However, planning is not discouraged. Scrum is a framework which has planning and thinking ahead built into the fabric of many of its ceremonies.

Another common myth is that there are no deadlines in Agile frameworks. I believe the real myth here is that a project can have a fixed time, scope and cost; living within this assumption implies that there will be 100% predictability in the system without any change … a reality we know to seldom be true. What Agile frameworks assert is that one can have a deadline if scope or cost are variable to accommodate the unforeseen changes and potential opportunities identified along the way.

What are your favourite tools for doing your job?

Jay-Allen: I follow awesome people on Twitter including GrowingAgile, Cara Turner, Danie Roux and Antoinette Coetzee – all from SA!

Kirsten: I enjoy the following websites when it comes to planning retrospectives or workshops:

One of my favourite books is, Coaching Agile Teams by Lyssa Adkins.

We use Jira as our project management tool, but ultimately, I prefer physical boards as I think the feedback and physical stimulus elicits better responses from people, enabling quicker and more fluid collaboration.

Bee: I think most Agile leads/scrum masters will give the same answer here: sticky notes. They are very versatile and I think that it is important to have a tangible thing to point to, to stick up or move around a board.